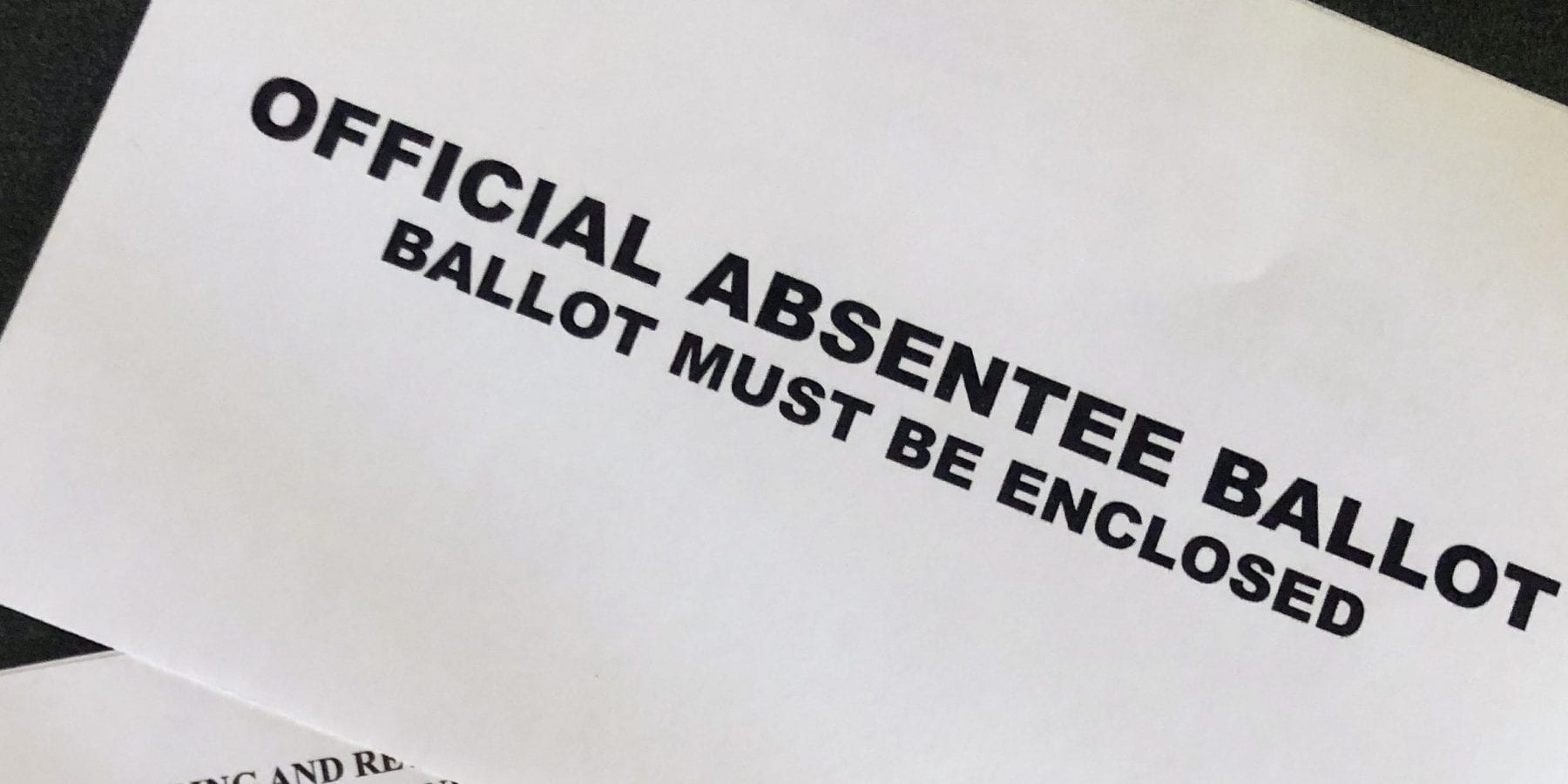 ATLANTA – Ga. – Despite the backlash from Democrats, Republican state lawmakers are eager to push two omnibus bills aimed at election reform as the legislative session goes into full throttle.

If the Special Committee on Election Integrity wasn’t busy with legislation earlier this month, it is now. In February alone, the committee has more than tripled the assigned bills. While many of the proposed pieces of legislation have been stand-alone bills aimed at one specific issue, a couple broadly encompass many of these issues into one enormous bill. House Bill 531 does just that. 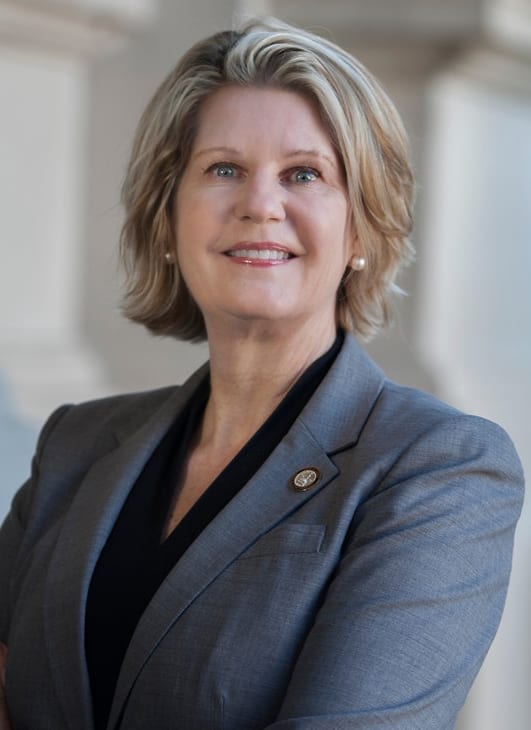 After hours of testimony over several days, the Republican-led committee decided to green light HB 531.  The 21-page bill brings together many hot-button issues Republican lawmakers were looking to resolve during the legislative session. Introduced by the committee’s Chairman Barry Fleming (R-Harlem), the bill carries a partisans whos who of co-sponsors, including Speaker Pro-Tempore Jan Jones (R – Milton). Having Jones as a so-sponsor is a good indicator of the bill’s strength. If passed, here’s what the bill would do:

The Senate has their own omnibus bill.  Introduced by Majority Leader Mike Dugan (R – Carrollton), Senate Bill 241 has co-sponsors to all but three members: Sens. Kay Kirkpatrick (R – Marietta), John Albers (R – Roswell), and Brian Strickland (R – McDonough). All three face stiff reelection in their districts. Like the House version, the 25-page legislation is not received well by Democrats. Here are some points of interest regarding SB 241:

Republicans have a history of cringing when it comes to omnibus legislation. However, it’s the party leading the charge to assure that it isn’t an armchair quarterback for election reform law. Earlier this month, an Election Confidence Task Force, set up under the Georgia Republican Party’s State Executive Committee, published a report with a list of the solutions it wanted lawmakers to address during this session. Rebecca Yardley, who chairs the 9 Congressional District for Republicans, was clear about her expectations from lawmakers when she addressed supporters at a Towns County GOP event last week.

“We as grassroots activists have got to spend the remainder of this legislative session ensuring that we are staying on top of our legislators to get some election integrity enacted in the Georgia legislature, said Yardley. “I’m proud to say that your Georgia Republican Party is leading the way on that.” 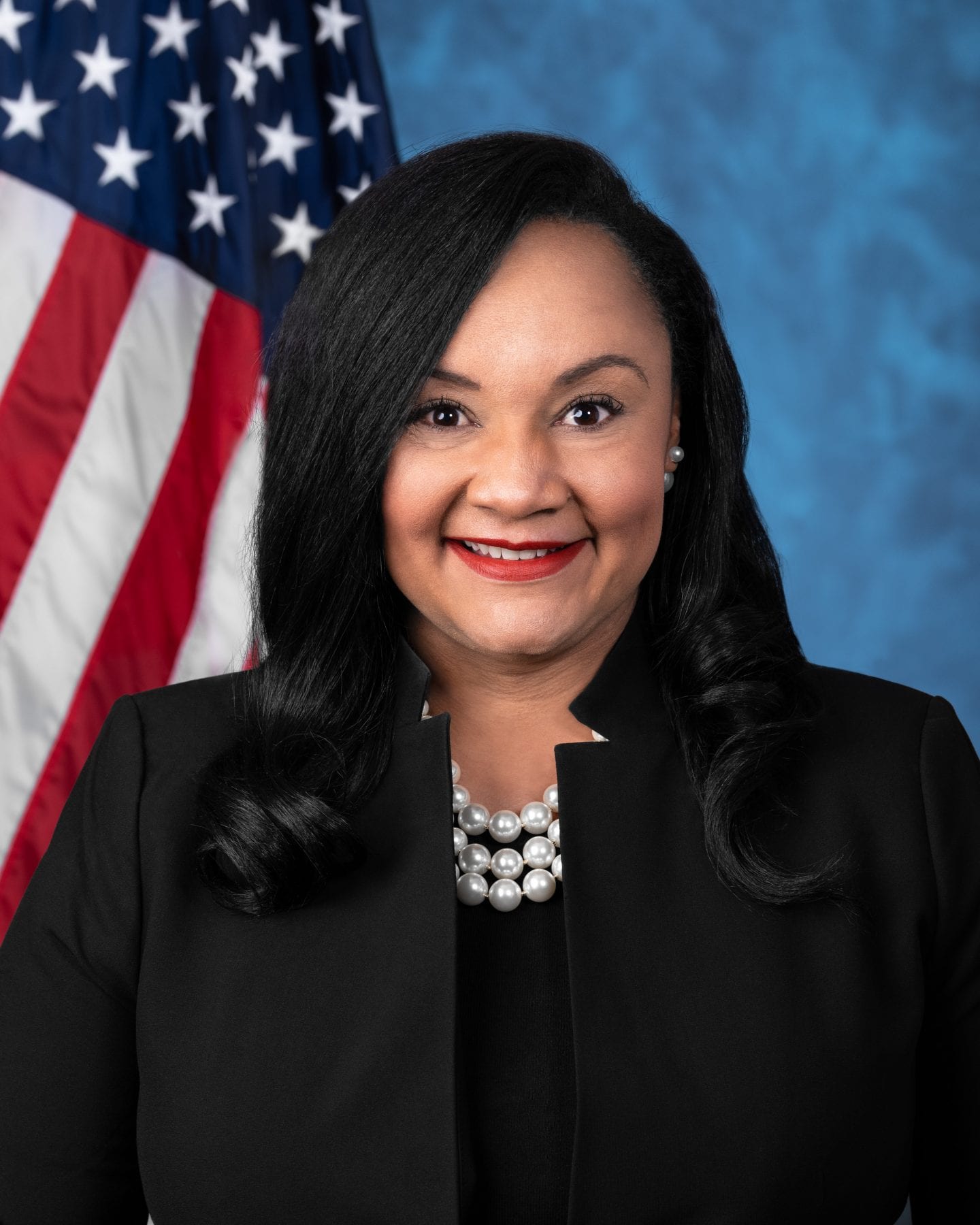 Both pieces of legislation have gotten their share of hate. On Thursday, a large crowd took to the streets outside the state capital in opposition to what they say see as blatant voter suppression. Congresswoman Nikema Williams (D – Columbus) didn’t hold back her objections in a press release by Georgia Democrats.

“Georgia Republicans are hell-bent on suppressing the vote because they realized they could not win when more Georgians cast a ballot,” said Williams. “Not only would the Republican-sponsored legislation passed through the Senate today fail to improve our election system – it would also create the type of chaotic post-election situations in which false, far-right conspiracy theories flourish.”

Noticeably absent around these two omnibus bills is Secretary of State Brad Raffensperger. In testimony earlier this week, Rev. James Woodall of Georgia’s NAACP told Fleming that the silence from the Secretary of State’s office should give Republicans pause as they look to pass these two pieces of legislation.

“It saddens me that we have not heard directly from the Secretary of State himself,” said Woodall. “The duly elected Secretary of State has not made public comment about this piece of legislation, and I think that’s important for this committee to consider.”

When FYN reached out to the Secretary of State’s office, we were told that Sec. Raffensperger doesn’t comment on pending legislation. His office did assure FYN that the Secretary continues to have an open dialogue with all stakeholders. 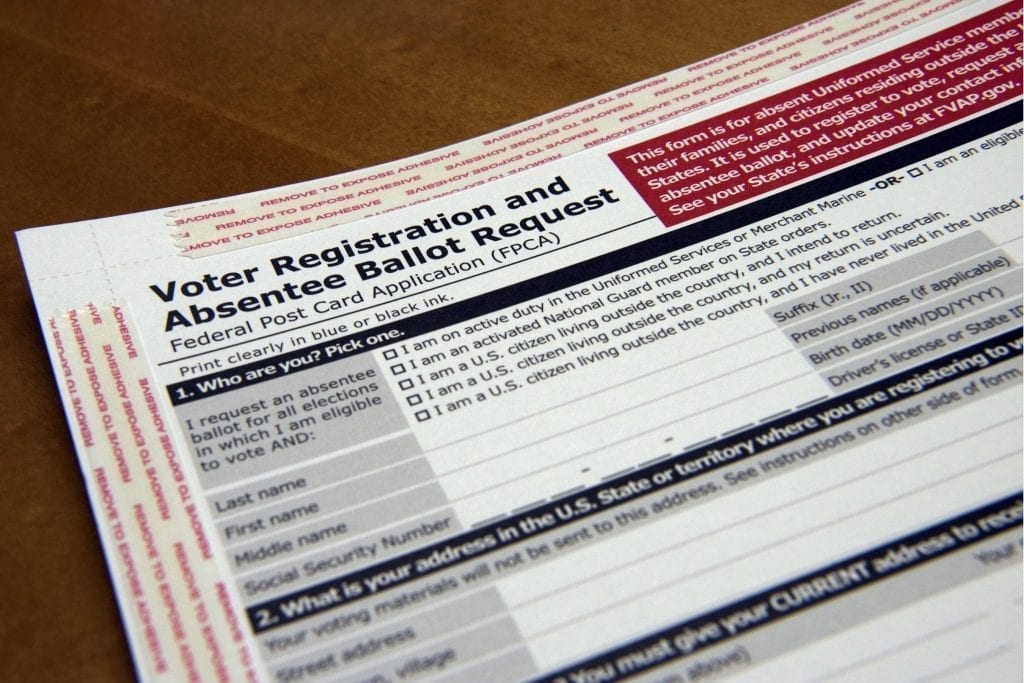 If passed, Senate Bill 29 would require voters to show proof of ID when requesting an absentee ballot and returning them. The bill should be the first of several proposed legislation that lawmakers will consider in this session.

It would be a change from current state law that requires an ID for voting in person, but not for an absentee ballot. 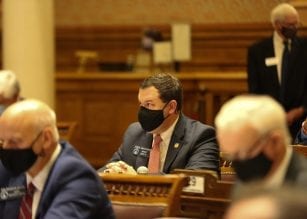 After the Republican Donald Trump’s failed election, many voters in the Republican Party have cried foul and continue to pressure lawmakers to do something. Secretary of State Brad Raffensperger (R-GA) was no stranger to the animosity. His office reported receiving death threats in late November of last year. Others were upset when Governor Brian Kemp opposed calling for a special session. Despite the early and contentious fingerpointing, Republican leadership seems to be singing to the same song. Kemp has told multiple sources that he supports the idea of requiring a photo ID for absentee ballots. Earlier this month, Speaker David Ralston echoed a similar statement about new voter legislation during a press conference when he said, “I don’t see any reason why we couldn’t pass significant measures this session.”

Senate Bill 29 has already gained national attention. While not calling out a specific piece of legislation, newly-elected Senator Jon Ossoff (D-GA) voiced his opposition on Twitter. “Disenfranchisement will not be tolerated,” Ossoff tweeted. Fair Fight, the brainchild of Stacey Abrams (D-GA), posted, “By requiring access to a printer, which many Georgians obviously do not have, Republicans are attempting to purposely take away the ability of many Georgians to vote by mail simply because they believe too many Democrats and too many people of color voted by mail.”

The bill’s current language gives significant leeway to those assisting voters who somehow are unable to vote in person.

Georgia law allows anyone to cast a provisional ballot even if you fail to have one of the seven accepted forms of identification.

Senate Bill 29 is the first piece of legislation introduced by the first-year lawmaker from Dallas. Anavitarte did not respond in time to this report. 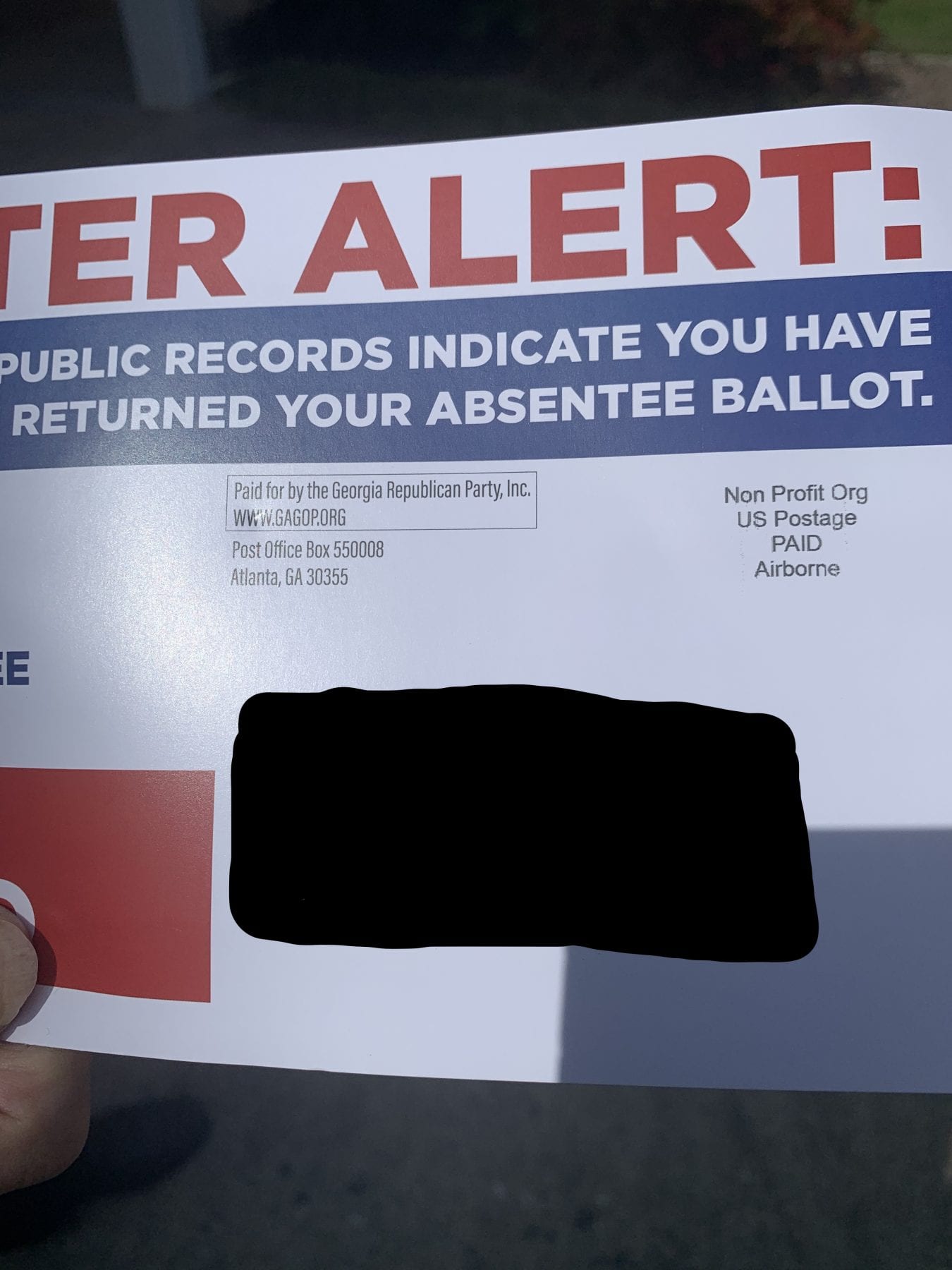 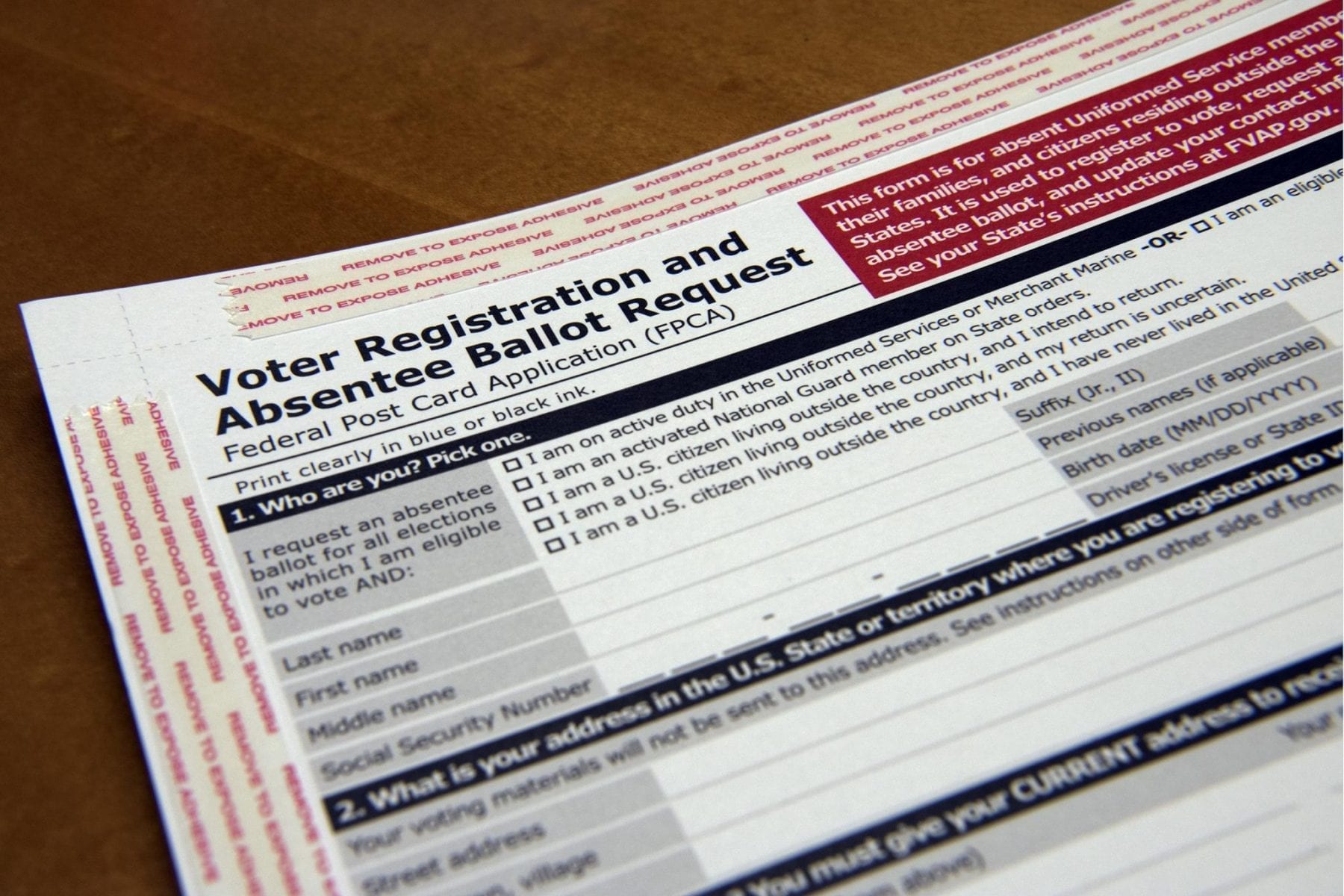 “Georgia is constantly searching for new and innovative ways to expand access to the ballot and uphold the integrity of the vote,” said Raffensperger. “We are encouraging Georgia voters who are particularly vulnerable to the COVID-19 threat to use our new online absentee ballot request portal to request absentee ballots safely and securely from their computers or phones. This new tool will help counties stay on top of the several million absentee ballot requests expected in November.”

Secretary of State Brad Raffensperger has developed a website that will allow Georgia voters to request an absentee ballot entirely online. Georgia voters will be able to request their ballot via the portal using their first and last name, date of birth, county where they are registered, and Georgia State ID or Georgia Driver’s License number. Voters will get a confirmation email that their request has been entered into the system. Also, voters can monitor their ballot status on My Voter Page.

The portal is available here: http://www.securevotega.com/secureabsentee/

Absentee ballots requested for the November 2020 presidential election cannot be sent out before September 15.

In the past, Georgia voters had to download and print an absentee ballot request, then scan and email it or put it in the mail. This new portal saves voters effort and postage and will increase confidence that the request has been received by county elections officials. It also makes it easier and faster for county election official to process absentee ballot requests by minimizing the possibility of data entry errors.

While the State ID or driver’s license number provide a secure safeguard for requesting ballots, the ballots themselves will still be verified by matching the voter signature to their signature on file upon submission. A record 1.6 million absentee ballot requests were received for the June primary, inundating county elections officials. This portal will make processing the large number of absentee ballot requests expected for the November election easier for county election officials to process quickly and accurately.