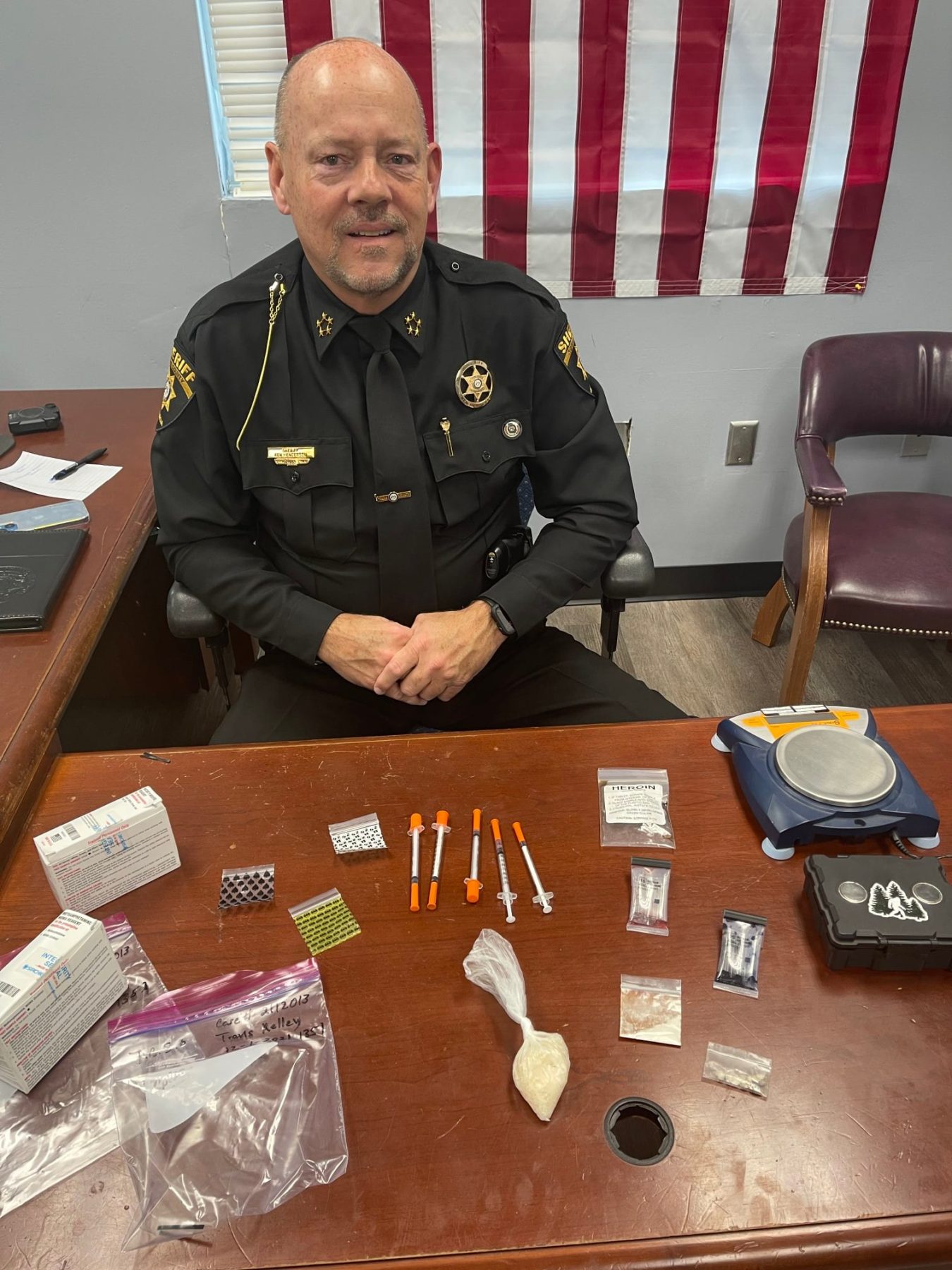 The Towns County Sheriff’s Office got a break in a month long drug investigation on Highway 66 near the North Carolina state line, when a call was received on a stolen vehicle, drug related activity and an overdose of a female. An investigation revealed that Narcan was self initiated to the female at the scene. Video at the store location revealed drug activity. Sheriff’s K-9 and drug investigators responded. Drugs were found in the possession of Travis Kelley, 27.2 grams of substance which is suspected to be methamphetamine and 1.2 grams of white powdery substance which is suspected to be heroin. As a result, Travis Kelley of Warne, NC was arrested and charged with the following:
• 16-13-30 Purchase, possession, manufacture, distribution, or sale of controlled substances (2 counts)
• 16-13-32.2 Possession and use of drug related objects (1 count)
Sheriff Ken Henderson reiterates our commitment to initiate drug suppression in our community. The sheriff commends the arresting deputies on an outstanding job on the investigation and arrest. Investigation is continuing
drug bust Hwy. 66 Sheriff Ken Henderson Towns County Towns County Sheriff's Office Travis Kelley