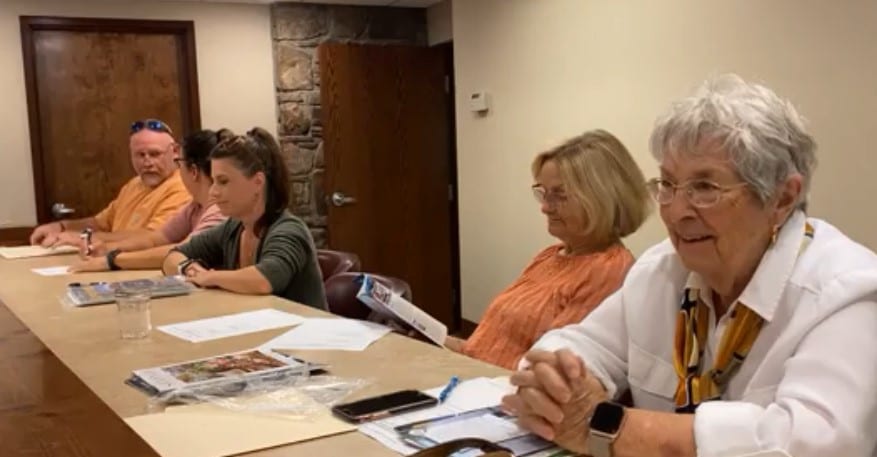 HIAWASSEE, Ga – The second reading of the amended building and planning ordinance and later unanimously approved by Hiawassee City Council.

“In an effort to maintain proper density within the city the following shall apply, parcels of land shall be limited to six living spaces with no more than four structures per acre. No parcel shall have more than forty units. Parcels may not be divided to avoid the forty-unit limitation, and owners or successors must wait five years after subdividing a parcel into two or more parcels before building more than forty units on a divided parcel. Height restrictions are limited are 35 feet.”

The other change noted that for RVs five acres above the 1928 contour lanes for Lake Chatuge – it might be above water.

Councilmember Amy Barrett made the motion to approve, and Councilmember Nancy Noblet seconded. It passed unanimously.

The original amendment to the building and planning ordinance was for 10 units per acre. After several public hearings and readings, it was adjusted to six units per acre. The new ordinance standards will allow the Mountain Views Townhomes project to proceed on Hwy 76, next to the Georgia Vision Center.

Several members of the council expressed their belief that the adjustment was a good compromise on the contentious issue.

The developers are currently working with GDOT to sort through traffic issues since GDOT won’t allow a left turn onto the highway at that location. They are discussing adding a connecting road elsewhere on the property.

Around 2 million people visited, Hiawassee for the fourth of July weekend.

Tyler Osborn was appointed to the downtown development authority.