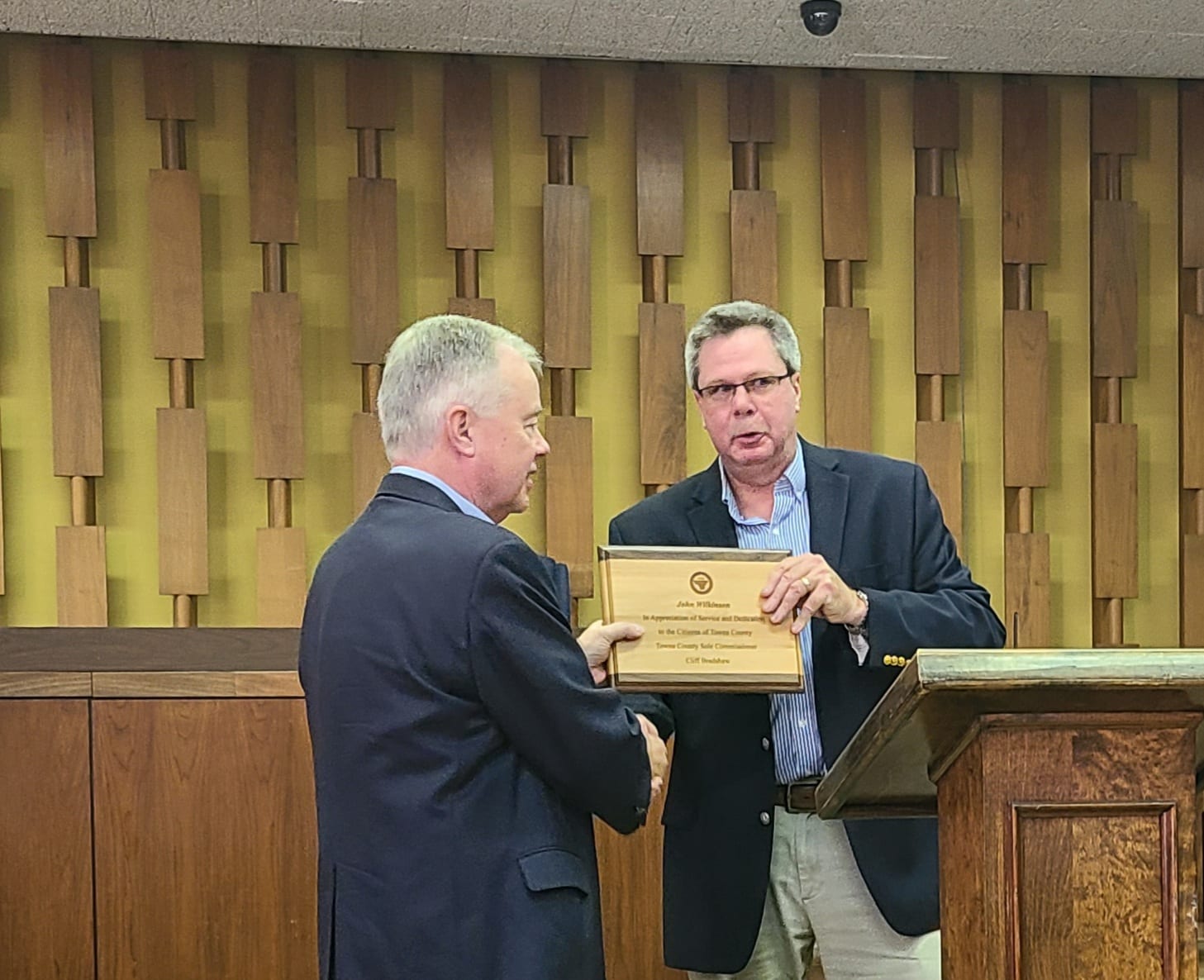 Wilkinson served as a state senator for nine years. District 50 includes Towns, Rabun, Habersham, Stephens, Banks, Franklin, and Jackson counties. He was the Chairman of the Agriculture and Consumer Affairs Committee and served on Appropriations, Education and Youth, Natural Resources and the Environment, and Rules Committees. Before being elected to the state senate, Wilkinson was a teacher and farmer.

The senator was instrumental in guaranteeing $1 million in funding for the renovation of the Towns County Library and another $1 million for the Young Harris Library.

“You go through a lifetime…and there are just some people that stand out and you connect with and you click with. They have the same heart, same personality,” Bradshaw said of the senator.

The two had a strong working and personal relationship. Wilkinson would always strive to help Towns County in any way. For instance, he aided in making the COVID-19 drive-thru testing facility a possibility.

Once Bradshaw wanted a grant that met the needs of Towns County, it was $267,000. Wilkinson helped to get the grant approved for the county.

“His heart has always been with helping me and our citizens in this county,” Bradshaw stated, “He is definitely going to be missed.”

Hiawassee Mayor Liz Ordiales added, “I called him one time when we were having water issues and he was on vacation. He didn’t answer right away, but within half-an-hour, he called me back. He didn’t say this is what you need to do. He guided me through the many ways to do things, and he said, ‘you make the right call.’”

Wilkinson was given a chance to speak and said leaving politics, “it’s probably about as close as being at your own funeral as you’ll ever be.” He was referring to hearing people speak about how much he helped them over the years.

Originally from Stephens County, Wilkinson’s agriculture teacher was from Towns County, and he would share stories about Hiawassee.

“Cliff and Liz, I have not had two better friends during my service in the state senate than the two of you,” Wilkinson stated about the commissioner and mayor.

“I’ve done the best I could to work for everybody in this district…Towns County is a special place,” he added.

Wilkinson also quoted Romans 8:22 to cite his belief that all things happen for a reason.

He decided not to run again for the state senate district 50 seat to run for U.S. House of Representatives District 9 but lost in the primary to Matt Gurtler and Andrew Clyde. Later, Clyde won the runoff election. He faces Devin Pandy in the 2020 General Election on November 3.