“Rural, mountain counties be aware of the ‘play book’ of the far left,” Young cautioned. “They know they have the city votes so they will concentrate on the outer areas, trying to change the minds of the more conservative voters or moderate leaning voters. These communities, like ours, Union, Rabun are targets. The 9th Congressional District is a target so we must prepare.”

“I am sure there are other important things and we will remind you as we go forward to 2020,” Young said. 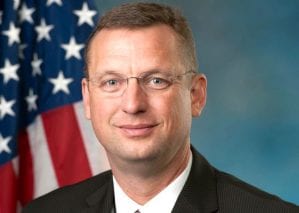 Antwon Stephens, a bisexual Democrat, plans to challenge Collins in 2020. “Stephens, 23, said his deep roots in rural Georgia make him want to run against U.S. House Rep. Doug Collins. He would become — at 25 — the youngest member of the U.S. House ever if he were to win. He would also be Georgia’s first-ever LGBTQ member of the U.S. House,” Project Q Atlanta,  “queer Atlanta’s most-visited destinations for LGBTQ, gay and lesbian news,” reported earlier this year.