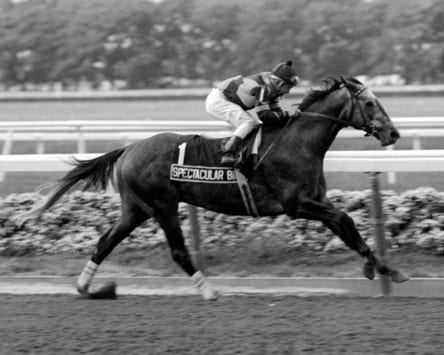 “The book is about Spectacular Bid, a racehorse who just missed a Triple Crown when he stepped on a safety pin the morning of the Belmont Stakes,” Lee explained. “He went on to go undefeated during his 4-year-old season and is listed by The Bood-Horse as the 10th greatest thoroughbred of the 20th century.”

Spectacular Bid: The Last Superhorse of the Twentieth Century chronicles the career of a horse who was sold as a yearling for $37,000 to a family from Maryland, trained by a small-time trainer of claimers, and ridden by a 19-year-old who two years earlier had never ridden a horse. He won 26 of 30 races and went undefeated as a 4-year-old, earning the #10 ranking in The Blood-Horse’s list of the Top 100 Thoroughbreds of the 20th century.

Spectacular Bid, who was on the verge of a Triple Crown in 1979, finished third in the Belmont, beginning a 37-year Triple Crown drought. Many experts have thought the horse’s trainer, Bud Delp, made up the story that the horse stepped on a safety pin as an excuse. They point toward 19-year-old jockey Ron Franklin’s poor ride as the reason for the loss. 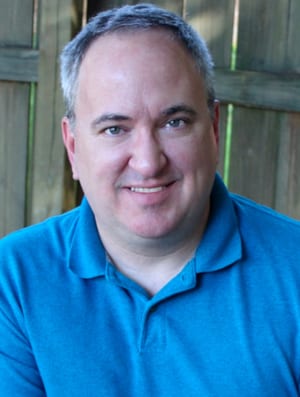 “Spectacular Bid was sidelined for two months after the Belmont Stakes,” Lee said. “He developed a serious infection, and the injury actually affected him during the race.”

Lee interviewed several people close to the horse, including the horse’s owners, Tom Meyerhoff and Teresa Meyerhoff Pete, and trainer Bud Delp’s brother, Richard, who all corroborated the story.

Horses run on leads, in which they land first with one particular foot. They change leads several times during a race to save energy. During the Belmont, Spectacular Bid never changed leads, opting instead to favor the foot that stepped on a safety pin. Such pounding on the dirt by a 1,000-pound animal was like running on a blood blister. “He ran with pain,” Lee said.

The book, published by the University Press of Kentucky, is available at Amazon, Barnes & Noble, and other booksellers.

Lee, a former journalist, is a regular contributor to pastthewire.com. He also maintains a blog, The Way to Churchill Downs, which reports on Derby hopefuls for the coming year.