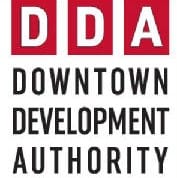 According to FYN’s research into DDA board member training, the governing body of the city “activates” the DDA via an “activating resolution.” The General Assembly has already created a DDA for each Georgia municipality, although the DDA cannot transact any business, nor exercise any powers, until the city activates it. In the activating resolution, the city must designate the city’s downtown development area – which consists of the geographical jurisdiction of the DDA –  and appoint initial directors.

“Wouldn’t it be nice to have every, single storefront filled? That’s my target,” stated Mayor Ordiales last week at the “Eggs & Issues” breakfast meeting.

Downtown Development Authorities (DDA) and their appointed boards are created to revitalize and redevelop the central business districts of cities in Georgia. DDA training provides local leaders with the skills and knowledge they need to ensure a healthy, vibrant downtown. According to the University of Georgia, DDAs have a range of powers which include: developing and promoting downtowns; making long-range plans or proposals for downtowns; financing (by loan, grant, lease, borrow or otherwise) projects for the public good; executing contracts and agreements;  purchasing, leasing or selling property; and issuing revenue bonds and notes.

Furthermore, a “Broadband Ready” ordinance is scheduled to go before the council Tuesday evening.

Hiawassee City Council convenes on the last Monday of each month for work sessions, followed by regular sessions the following Tuesday, at 6 p.m. Meetings are open to the public.